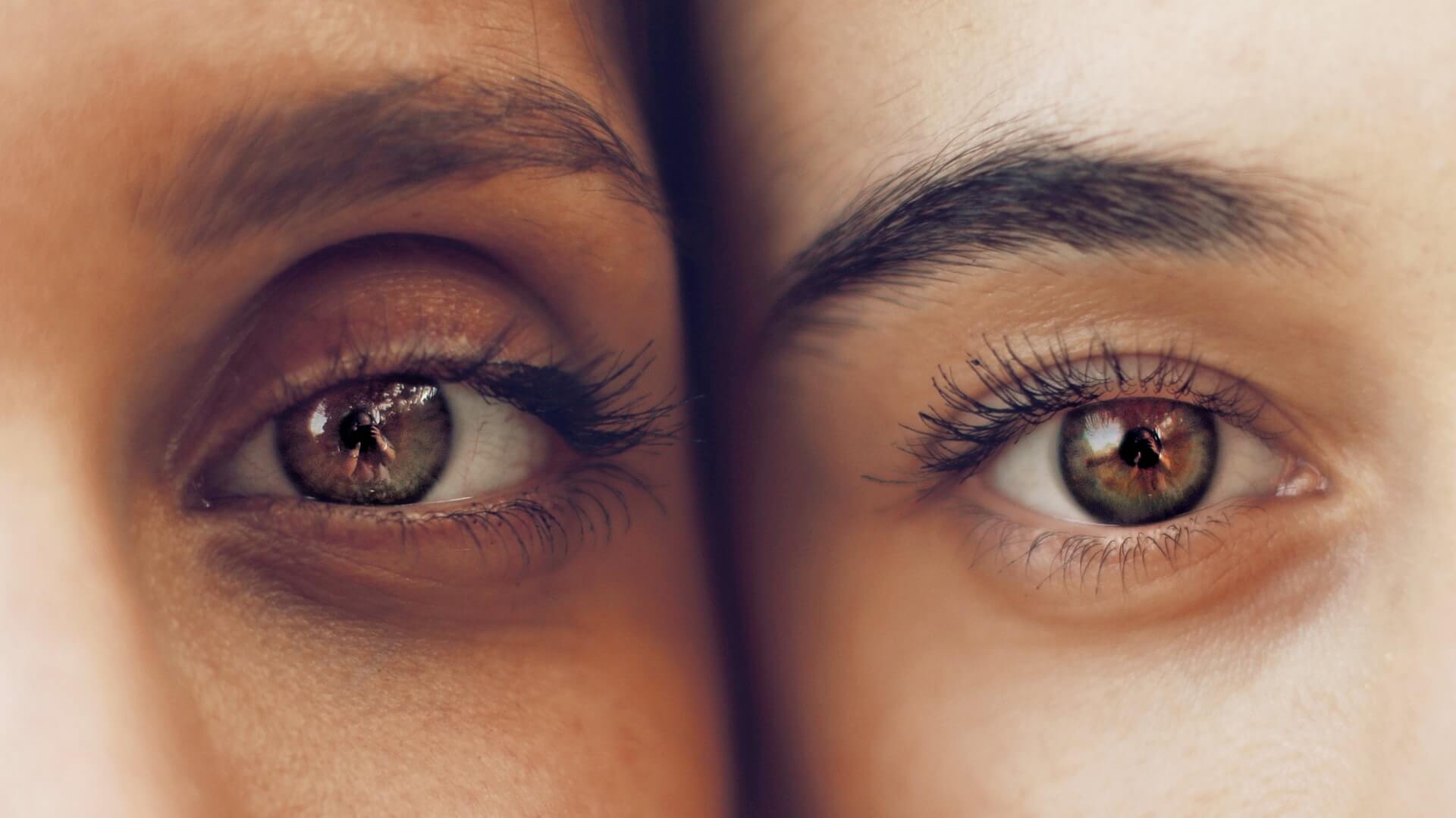 We all likely know someone who has a “lazy eye”, or sometimes referred to as “crossed eyes”, but what exactly does this mean? Are the eyes truly lazy?

“Lazy Eye” is one of the most misunderstood topics in the eyecare world.

There are two different technical problems associated with “lazy eye”—strabismus and amblyopia.

What is a Strabismus – Lazy Eye?

Strabismus is the term used to describe the physical misalignment of the eyes when looking at a target.

The eyes are controlled by 6 muscles called the extraocular muscles. If one muscle is too strong or too weak, it can result in the eyes being pulled in different directions.

To visualize this, think about a beach ball with six strings attached to it—one on the right side, one on the left side, two on the top, and two on the bottom. To look straight ahead, all 6 strings must be pulled with equal force.

In a strabismic eye, one of the strings is either too weak or too strong. Resulting in the eye (beach ball) drifting away from central gaze.

There are four main types of strabismus—exotropia, esotropia, hypertropia, and hypotropia.

Exotropia is the name given to an eye that sits outward.

Esotropia is the name given to an eye that sits inward (as in cross-eyed).

Hypertropia is the name given to an eye that sits in the upward position.

Hypotropia is the name given to an eye that sits in the downward position.

In any of these four conditions, the off-set position of the eye (up, down, in, or out) can occur all the time (constant tropia) or it can occur only sometimes (intermittent tropia).

Intermittent tropias are often associated with over exertion of the tropic eye and are most noticeable when tired, at the end of the day, after spending extended periods of time reading or doing near tasks, when sick, and during times of extreme stress.

It is also possible to have either a unilateral or alternating tropia. This means that the tropia can always occur with the same eye (i.e. the right eye), or it can switch between eyes (i.e. one day it’s the right eye, and the next it occurs with the left).

Since tropias result in the two eyes looking in different directions, they often result in double vision, eye strain, and eye fatigue.

To treat this, an individual can undergo vision therapy to learn how to better control his or her eye muscles, put prism in their glasses, or in some cases, qualify for a corrective muscle surgery.

What is an Amblyopia – Lazy Eye?

Amblyopia is the term used to describe a “weakened” eye, or an eye that does not see quite as clearly as the opposing eye.

Amblyopia is rather complex, so we’ll try to stick to the basics here.

There are 3 major causes of amblyopia—strabismus, refractive, and form deprivation.

As we mentioned previously, strabismus can cause double vision. The brain does not like seeing double.

If the double vision occurs constantly (as in a constant tropia), the brain can essentially “shut off” the tropic eye.

In other words, the brain takes the input from both eyes, and blurs out the information coming from the eye with the tropia to avoid the creation of two separate images.

For example, let’s say Bobby has a prescription of -1.00 in the right eye and -5.00 in the left eye. The right eye is not super blurry, so the brain picks it as its favorite eye and essentially closes off the input from the left eye since an uncorrected -5.00 eye really cannot see much at all!

Refractive amblyopia is the main reason eye doctors recommended children begin to see an eye doctor at around one year of age for their first eye exam. Children’s brains are still developing and are sensitive to changes in their surroundings.

If one eye is significantly worse than the other, and a child is not wearing glasses, the brain may “shut off” the poorer seeing eye and develop learning to focus well with only the one “good” eye. This is exactly what we do not want to happen!

If we put the young child in glasses to correct both eyes so that he or she is seeing well binocularly, the brain will not have to “shut off” an eye, and instead will continue to grow and develop to allow equal input from both eyes.

Form deprivation amblyopia occurs when there is a physical problem blocking vision from one of the eyes during the early developmental years (typically these critical years are considered birth to 7-9 years old).

Causes of vision blockage include congenital cataracts, an abnormally sagging eyelid (called a ptosis), an injury to the eye resulting in severe scarring, and others.

In form deprivation amblyopia, the brain does not necessarily choose to “shut off” an eye, but instead the physical limitation creates a barrier to prevent visual input from reaching the brain. Therefore, the brain develops to favor the unblocked eye.

Regardless of cause—strabismic, refractive, or form deprivation–over time, the brain learns to depend on the “turned off” eye less and less. Eventually, it gets to a point where the eye no longer functions quite right and can not “see” as well as the other, stronger eye.

This is not because the eye itself is physically weak, but because the brain has learned to function without it. Therefore, amblyopia may initially be caused by an eye problem, but it is actually a problem with the brain that cannot be “fixed”.

The current school of thought in the optometry world is that brain development and visual processing skills grow the most from birth to 7-9 years old. This time frame is therefore considered the “critical development phase” of the brain.

If the problem (refractive error, strabismus, or physical blockage) is eliminated (i.e. corrected) during this time period, you may be able to prevent amblyopia from developing as amblyopia is a brain problem with visual processing, not necessarily an eye problem.

The earlier the problem is caught, the more likely it is that it can be corrected, thus preventing amblyopia from developing.

However, this is not to say that at 10, 20, or even 50 years old amblyopia cannot be improved. It is all a case-by-case situation and depends on how deep-set the amblyopia is in the brain.

The main treatment for amblyopia at this time is to wear an appropriate glasses prescription correcting both eyes, vision therapy, and patching/atropine drop therapy.

If you are still confused about what amblyopia is, here’s a quick analogy:

Think about the two eyes as a double headed faucet. You want hot water, but one side of the faucet is only putting out ice cold water. To eliminate this problem, you shut off the cold water side and only use the hot water side.

Over time, the cold water side becomes rusty and unusable—it has been ignored and out of service for years! Now, if you try to use the cold water faucet20 years later and expect it to suddenly put out perfectly hot water, you will realize it does not work very well anymore—for hot OR cold water.

It has been out of commission for so long it just won’t ever quite be the same. However, if you got the ice cold water side of the faucet fixed back at the beginning, it might just be working as it should today.

Why are Amblyopia and Strabismus Called “Lazy Eye”?

As you can see, amblyopia and strabismus are two different problems.

People call strabismus a “lazy eye” because one of the muscles is weak, or lazy.

People call amblyopia a “lazy eye” because one of the eyes cannot see well (i.e. is lazy) regardless of being outfitted in a great pair of glasses.

In all reality, a “lazy eye” does not exist. There are conditions that cause an eye to underperform, and it is important to be able to differentiate between them.

Our eye doctors at Eye Theory in Houston, TX excel in the prescription of contact lenses, glasses and various eye diseases.  Call our optometrist at 832.831.7386 or schedule an appointment online if you would like to learn more about amblyopia or strabismus or lazy eye.  Our eye doctor, Dr. Jonathan Tsao, provides the highest quality optometry services and eye exams in the Midtown, Downtown, Museum District, Montrose, East Downtown, and Southside Commons (Southside Place) vicinities of Houston, Texas

Home Blog Presbyopia and Vision Changes As You Age 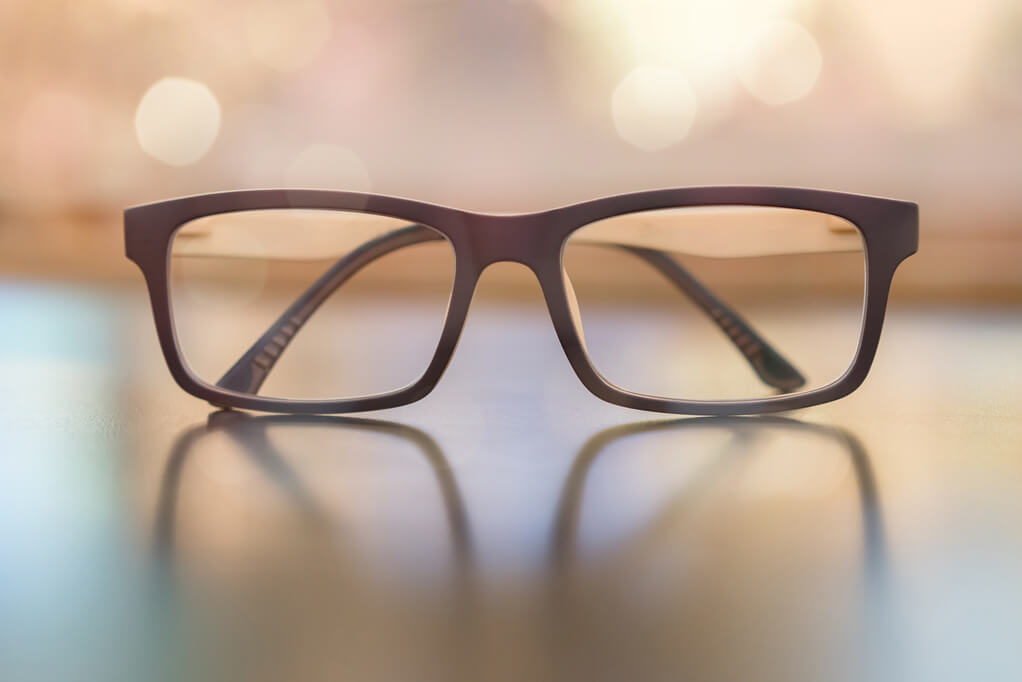 Most middle-aged adults experience vision changes related to a condition known as presbyopia.  Presbyopia results in the gradual loss of the ability to focus on near objects.  It is a normal age-related change that begins to occur around the early to mid-40s and continues throughout adulthood.  Though this vision condition can be frustrating, confusing, or even embarrassing at first, it is a completely normal occurrence and there are many different options to help correct the blurry near vision caused by presbyopia.

The early symptoms of presbyopia can be confusing at first. One of the most common early signs of presbyopia is needing to hold objects further away than normal in order to see them clearly.  While holding objects further away may work temporarily, presbyopia causes progressively blurred near vision as time goes on.  It may be more difficult to focus on fine print, and near work may be accompanied by headaches or significant eye strain.  People who are naturally farsighted may experience the symptoms of presbyopia sooner and more severely, while those who are nearsighted typically do not notice the symptoms quiet as early in life. Unfortunately, the blurred vision caused by presbyopia cannot simply be fixed by “focusing harder.”  For most, this vision condition requires optical correction in order to clearly and comfortably see close objects again.

Luckily, there are many corrective options for those affected by presbyopia.  Many people choose to use reading glasses to help them see up-close, but these glasses need to be removed in order to see clearly far away.  For people interested in a single pair of glasses that can be worn full time, there are several different options that can provide clear vision for near and distance objects.  Lined bifocal lenses contain a distance prescription at the top of the lens, and a reading prescription at the bottom.  Similarly, progressive lenses, or “no-line bifocals,” contain a gradient of prescriptions to allow for clear vision at a range of distances.  Many people prefer these lens options in order to avoid putting on and removing glasses many times throughout the day.  There are even contact lens options for those affected by presbyopia that want to avoid glasses altogether.  Multifocal contact lenses are special soft lenses that provide correction for both distance and near vision.  They come in many different brands and designs, so almost all contact lens wearers can find a multifocal lens that works for them.

Our eye doctor at Eye Theory in Houston, TX excels in the prescription of contact lenses, glasses and various eye diseases.  Call our optometrist at 832.831.7386 or schedule an appointment online if you would like to learn more about presbyopia.  Our eye doctor, Dr. Jonathan Tsao, provides the highest quality optometry services  and eye exams in Houston and Midtown Texas area.